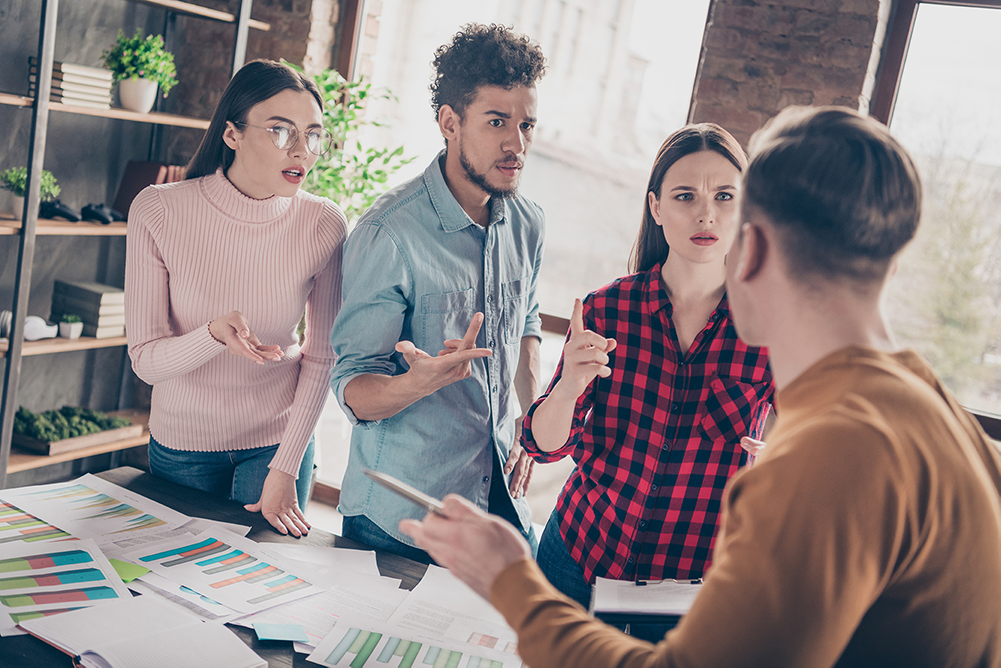 27 May The Benefits of Healthy, Productive Conflict

Without healthy, productive conflict, you CANNOT have a high-functioning team. It's impossible. 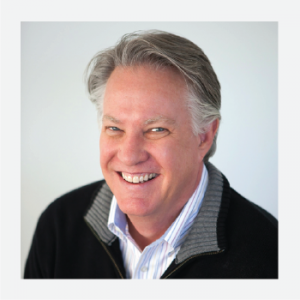 NOTE:  The following blog post is actually ALL of chapter 6 from my book, “What’s Right, not Who’s Right: a Simple Shift to Regain Our Humanity and Heal Our Relationships – at Home and at Work.” The book is available at Amazon.com and I am offering signed copies that can be sent to anyone (politicians especially) if you simply pay shipping and handling. Look HERE for more details.

Listen to Chapter 6 below if you’d prefer.

Getting to “what’s right” often involves deep disagreement and significant conflict. However, for far too many of us, we’d rather get a root canal or have our gums scraped than actively seek out conflict. And we’re wrong about that.

It’s time to fix our perspectives about conflict.

Conflict is a needed element in driving for and achieving the best possible outcomes among people. The absence of conflict is a terrifying thing— described accurately by the term “group think”— where no one is actually questioning the validity, currency, depth, relevance, or appropriateness of decisions and directions. It’s the equivalent of creating “zombie-like” agreement, where no one steps forward to say the “emperor has no clothes.”

Employees waste an average of $1,500 and an 8-hour workday for every crucial conversation they avoid. These costs skyrocket when multiplied by the prevalence of conflict avoidance. And, 95 percent of a company’s workforce struggles to speak up to their colleagues about their concerns. As a result, they engage in resource-sapping avoidance tactics including ruminating excessively about crucial issues, complaining, getting angry, doing unnecessary work and avoiding the other person altogether. —Joseph Grenny, Crucial Conversations

We need differences of opinion. We need alternative viewpoints. We need disagreement—as long as all of it is focused on making things better, faster, cheaper, or more beneficial. However, conflict can quickly become unproductive in one of two ways:

Now, some personality types (extreme introverts, for example) will have more difficulty in stopping their conflict-avoiding behaviors. However, regardless of where you are on the conflict spectrum (Evel Knievel on one end, and the very conflict-avoiding person on the other), changing our relationship to conflict is helpful. Think of conflict as a necessary ingredient in great outcomes. After all, how does one make scrambled eggs? By exerting active, intentional conflict on the eggs—that’s how.

I actually had someone ask me once, “Why do you ever talk to that person? All they seem to do is disagree with you!” I thought to myself: “I’m counting on that! I look forward to the conversation!” Then again, I know I may not represent the typical person in that I will normally run straight toward disagreement and on purpose! I’ve come to rely on conflict as a tool. It’s something that helps to create extraordinary outcomes. It can be the same for you too.

Next, let’s address the other big secret related to the other kind of unproductive conflict: when we’re triggered, either by feelings of being threatened or when our automatic, conditioned responses take over.

Triggers come in a variety of forms. A trigger could be seeing a particular person’s face; smelling something attached to one of our memories; receiving an email, phone call, or text from a specific source; or seeing a meeting notice pop up. Really, it can be virtually any type of stimulus. And then—if it is truly a trigger—our autopilot presents us with a conditioned response. It could be fear, anger, anxiety, or tension, but rarely is it a positive response. Many such triggers get ensnared into our relationships—especially relationships involving strong feelings like those between spouses and between parents and children.

Here’s an example—teenagers, especially young teens—can be particularly prone to acting like triggers. Any triggers coming to mind here? Anybody find teenagers difficult? Challenging? Frustrating? Alas, all of those feelings are “learned.” There’s nothing inherently challenging about a teenager—if you put the potential conflict involved with raising that teenager in perspective.

The job of a teenager is to break free from his or her parents and to begin establishing a distinct identity. However, too few parents honor what their teenage kids are doing, and as a result, these parents actually work to drive unproductive conflict. We create buttons for one another—guilt buttons, shame buttons, sarcasm buttons, anger buttons—and often, the closer the relationship, the more we feel empowered to push the button! And the responses to the buttons get hardwired into our minds—like a light switch. Flip the switch, and on goes the light. Trigger a teenager (through sarcasm, belittling, shaming, anger, etc.), and you create unproductive conflict.

That is, until you do something to interrupt the circuit.

If someone pushes our buttons, we have the opportunity to do something other than react. We can wait—about one-half a second is all it takes. That’s the length of time for any stimulus to go all the way through the prefrontal cortex to bring in all of the executive decision-making functions that allow a person to take different paths. We can stop the automatic response.

As to our teenagers, in that one-half second, we can remind ourselves of just how crappy our own teenage years might have been and how frustrated we got when our parents “pushed” our buttons. Maybe, just maybe, in that short interruption between stimulus and response, we might find a bit of compassion, understanding, and patience. And it turns out that’s most likely the exact thing our teenagers are seeking! Boom. No more unproductive conflict.

It’s just a matter of inserting that extra half a second between stimulus and response. Try it. Try it here just for a moment. The next time you see a highly charged Facebook post, news story, Tweet, or whatever—with a viewpoint you vehemently disagree with—give yourself a half a second, get out of your emotional alligator brain for a moment, and then let it go through a different path.

You may choose to have no response. I have to tell you that’s a healthier and happier place to be sometimes. Or you may allow yourself to do some creative problem-solving—and look for a better approach than using your conditioned responses. In any case, you’re giving yourself the time (again, half a second) to explore other options. That’s a very good thing.

Join Audrey Cruz, Dan Clemens, Jessica Stine (of Team Tipton) and me as we discuss the benefits of healthy conflict – especially as our teams and organizations navigate the crisis of COVID-19.

Five Steps to Stop Unproductive Conflict Before It Starts

Remember—our feeling about and our responses to conflict are totally up to us to manage. No one, repeat, no one has the power to make us feel anything without our permission.