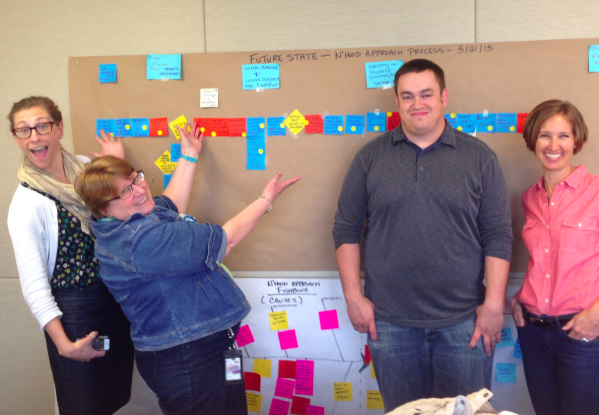 26 Jul Transforming a Culture of Mistrust and False Beliefs: Denver’s Transportation and Mobility

At its core, this belief is about getting to an outcome, and being willing to set ego and self to the side in order to do it. 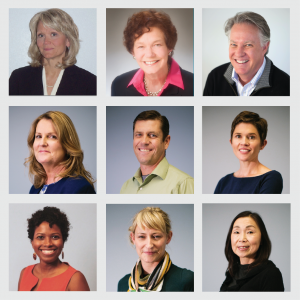 Belief 1: Take the Situation Seriously, but Not Yourself

“I think when we’re trying to accomplish something, if we get too attached as an individual either to our own way of doing things, or what we think the right solution is, we lose the opportunity to be open, and to get to the best solutions,”

Belief Number One of the Seven Beliefs of a Transformational Change Leader is: Take the Situation Seriously, but Not Yourself.This resonates with Crissy, who spent much of her tenure as Director of Transportation and Mobility at Denver Public Works convincing her colleagues not to take her too seriously.

She says, “Sometimes it’s not just yourself, but others around you who take you too seriously. They think if you’re the boss, you’re the decider. That’s positional authority. But I really wanted to hear from the people who worked with me, and their perspectives, so they felt open to share the experiences.”

Within her organization, she recognized a barrier to success in the divisions between the engineering and planning staff, who worked in one location, and the operations staff, who worked out of another office and were often in the field, implementing and creating what the engineers and planners had designed. There was a rift between them – of mistrust, false beliefs about responsiveness, who worked harder, most of which were based on not understanding the others’ perspectives.

When she began, it was easy for the affable and friendly Crissy to build relationships with both sides, and those people then looked to her to tell them what to do. But, in order to change the dynamic, Crissy chose to empower those around her on both sides to recognize and communicate their own expertise.

To do so, she had to change both the work processes and the work culture, so that the whole organization began to see themselves as a team. Changing the processes involved creating transparency so teams could see both the scope of the formidable workloads both sides manage, and the specific projects they were working on at any given time.

In that way, they got a sense of what the others’ days were like. John may not answer that call right away not because he’s lazy or doesn’t like Dave, but because he’s under four other deadlines.

After building out that system, she set about changing the culture and building the relationships, “It was hugely valuable to bring the ops guys in from the beginning to offer input into design. Not only were the designs better, but then they also built them better, and take better care of them in the field, because they feel ownership over it.” When you’re in Denver bicycling on the protected Broadway bike lane, you can thank Crissy for convening the team that made that possible.

“It was fantastic, the team worked hard, worked together to identify challenges and solutions, and got it done on time.” She feels her biggest successes when she’s driving around town and sees small, strategic fixes underway that are the result of teams knowing what needs to get done and doing it, rather than getting bogged down in massive bureaucratic red tape to get each one in front of the boss.

Crissy learned the importance of leading by getting out of the way from an exercise she participated in her middle school social studies class called Star Power, designed to illustrate the way power is distributed and functions in society. Crissy’s group ended up with all of the power and their “prize” was to run class the following day. They went out into the hall to decide how they were going to use their class day, and Crissy was chosen to go back in and explain the new rules to the class. “They weren’t awful,” she says, “but they weren’t that nice. We decided who would clean the blackboard, take responsibility for the desks, that kind of thing.” She started to read them and was interrupted by a classmate who called her ‘evil.’ The word stung, a lot, and she ran out of class. The teacher followed her and explained that was exactly the point of the game. In all his years of teaching, only one “winning” group had chosen to hold a party for everyone, rather than use their newfound power for control.

That lesson changed Crissy’s life, and it’s evident in everything she’s done since. She is constantly aware of the power dynamics around her, and breaking down the harmful effects those hierarchical structures can have when getting to the best solution to a problem. Hers is a shining example of how to take the situation seriously, but not yourself.

Until the next time!